The 2019 population and housing census reports listed Kenya’s population as 47,564,296. The population has since increased and 2022 indicates a slightly higher number. Kenyan communities are divided into three groups, namely Bantus, Nilotes and Cushites. But what are the most populated tribes in Kenya?

Kenya is a diverse nation with over 40 Kenyan tribes that have different languages, cultures and customs. Kenyans are known to embrace all cultures. The most populous tribes in Kenya include the Kikuyu, Luo, Kalenjin, Kamba and Luhya communities.

Most Populated Tribes in Kenya

The most popular tribes represent more than 65% of the population. The diversity of these tribes, along with other non-native ethnic minorities like Arabs and Asians, is what makes Kenya a beautiful country to live in. According to the Kenya Bureau of Statistics, the population is as follows: 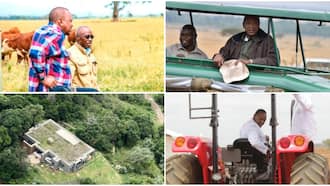 The Kikuyu community, also known as Agikuyu, is found in the central part of Kenya. They are the largest tribe in Kenya and inhabit Kiambu, Murang’a, Nyeri, Nyandarua, Kirinyaga and parts of Nakuru counties. Originally, the Agikuyu were hunters and gatherers.

The Agikuyu believe they are descendants of Gikuyu and Mumbi, to whom they trace their origin. They also share common ancestry with ethnic communities such as:

The national population of Kikuyu is slightly over 8 million people.

The Luhya community are part of the second largest tribe in Kenya and occupy the western part of Kenya. They are about 7 million Luhyas in Kenya. The Luhya people are divided into approximately 18 culturally and linguistically related sub-tribes. Sub-tribes include: 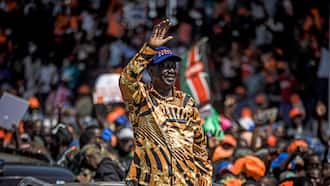 List of Azimio senators who won the 2022 general election

Luhya counties are Busia, Bungoma, Kakamega and Vihiga. Prior to the colonial era, the Luhya were primarily hunters. Today, they are mainly farmers and also engage in other business activities.

The Kalenjin Nation has a population of just over 6 million and is known for producing world-class athletes. It is one of the most populated Nilotic tribes. The people are originally from the Rift Valley region. They are found in Uasin Gishu, Bomet, Nandi, Kericho, Nakuru and Narok.

The Kalejnjins are also divided into sub-tribes which are culturally and linguistically related. Sub-tribes include:

The highland Nilotes are essentially semi-herders and subsistence farmers, although they originally hunted and gathered wild fruits in pre-colonial times.

The Luo are a Nilotic group present along the basin of Lake Victoria in the former province of Nyanza. The community embraces boldness and confidence in everything it does. The Luos (who number about 4 million in the country) are known to produce famous benga and Ohangla musicians. 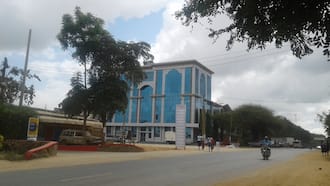 They first practiced cattle pastoralism, seed farming and fishing before Kenyan independence. Today, the Luos have adopted a skilled workforce and have entered various professions.

The Kamba or Akamba people are among the largest tribes in Kenya. They mainly occupy the eastern part of Kenya, in the counties of Machakos, Kitui and Makueni.

The Ukambani land stretches from Nairobi, Tsavo and Embu. The Kamba community was known for making and selling creative wooden carvings and ornaments in the past.

Kenyan Somalis make up about 6% of the total population. The Somalis, who are mainly found in the northeastern part of the country (former Northern Border District), are primarily a pastoral community. They raise camels, goats, sheep and cattle, among other animals.

Kenyan Somalis are found in Mandera, Garissa, Wajir and Tana River. However, these counties are also home to Somalis from Somalia who have assimilated with Somalis from Kenya.

The Kisii, or Abagusii, are the seventh largest ethnic tribe in Kenya. The Kisii community is found in Kisii County and Nyamira County. They also spread to counties like Bomet and Kericho.

The pre-colonial era saw the Abagusii engage in agriculture and animal husbandry as an economic activity. The Kisii grew finger millet, sorghum, barley, and pumpkin, among other crops. Their population in 2022 is about 2.7 million people.

The Mijikenda are a tribe made up of nine ethnic subgroups found on the coast of Kenya. The nine Mijikenda sub-tribes are:

The Mijikenda people are credited with giving birth to the Swahili culture. Like many coastal communities in Kenya, the Mijikenda are hailed for their culinary skills and distinct cuisine. They represent about 2 million people of the population. 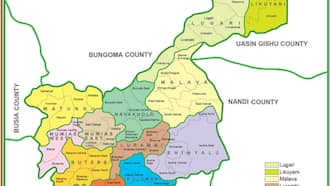 It is another of the most populated Kenyan tribes. The Meru, also known as the Amiiru, inhabit the Meru region of Kenya. They are a Bantu tribe whose ancestral land is part of the northern and eastern slopes of Mount Kenya. The word Meru means “Shining Light” in the Kimiiru language. The tribe is subdivided into 9 sub-groups which are:

They represent approximately 2.2 million people of the country’s population.

The Maasai are the face of Kenya on the world map. The Nilotic group is famous for retaining its traditional culture and insignia. The Maasai in Kenya number about 1 million people. They originally occupied northern, central and southern sections of Kenya. They practice a semi-nomadic lifestyle and value their wealth in livestock.

The latest national census indicated that the population of Kenya is growing and the most populous tribes in Kenya have contributed the most to the growth immensely. Despite the many languages, traditions and cultures, Kenyans are united people who always care for each other. The national languages, Swahili and English, help unify this highly diverse East African country. 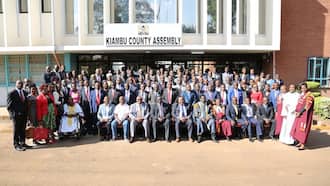 Tuko.co.ke published an article on the largest counties in Kenya by size and population. August 27, 2010 is a special day in the history of Kenya. On that day, the new constitution was promulgated. One of the most significant changes was the change from eight provinces to 47 counties. This allowed the transfer of powers and funding from the national government to local governments.

There are 47 counties in Kenya, each with a county government headed by the governor. The size of counties varies by population and size. Discover Kenya’s largest county and learn about its size, leadership and population.